PRE-LITIGATION: HOW TO SETTLE A CASE BEFORE TRIAL

PRE-LITIGATION: HOW TO SETTLE A CASE BEFORE TRIAL 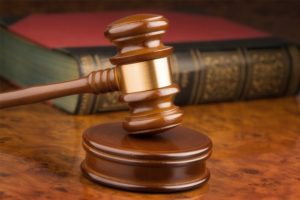 The media, from TV to newspapers and movies, tend to portray the law as something that happens predominantly in court. This couldn’t be further from the truth. In fact, most of the legal work for any case happens before the case even goes to trial, if ever. Especially in personal injury cases, where the plaintiff’s goal is almost always money, most cases are settled out of court to expedite the compensation process.

WHY SETTLE OUT OF COURT?

As we said before, settling out of court is often a good choice in personal injury cases because you can get paid faster. But if you’re going to get paid more if the case goes to trial, why not wait? The truth is that there are many unknown factors that can influence a case once it goes to trial, and neither side necessarily has an advantage.

Judges and juries are highly unpredictable, with personal biases that can turn and open and shut case into a fiasco if you’re unlucky. Settling out of court can minimize these risks, and ensure you get paid at the end of the day.

When developing a personal injury case, it is on you, the client/plaintiff/claimant, to supply much of the information and evidence, from the sequence of events that led to the injury, to the people involved, including witnesses. After an initial consultation where you describe your case to a personal injury attorney, they may give you a list of pertinent information to collect on your own. Establishing a case requires an abundance of material evidence, from witness testimony and medical evaluations to a thorough examination of the legal literature that relates to the case and its precedents.

Resolution typically occurs through either bilateral negotiation or mediation. Bilateral negotiation is where the legal teams meet face to face and take turns presenting their views of the case and their respective demands. This is arguable the most time and cost-efficient form of negotiation in a settlement, if it works. Mediation, where a third party communicates between the two legal teams, is more expensive but has a much higher average success rate. A good negotiation will require compromise on both sides, but resolving the case before trial is usually worth it.