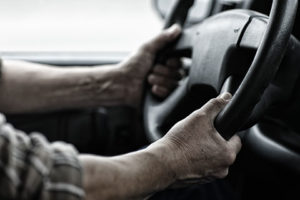 Few types of accidents are quite as devastating as hit-and-runs. Indeed, a hit-and-run accident may leave an individual with significant property damage and serious injuries, as well as the lingering question of who acted so egregiously by fleeing the scene of the chaos.

Of course, many hit-and-run victims fear that they will be unable to recover compensation in the wake of a wreck since the liable party is missing. In reality, however, with the help of a skilled legal professional, the victim in this type of accident can pursue damages to ensure he or she is able to move forward towards financial and physical recovery.

About 50 percent of drivers who flee the scene of a crash are eventually caught and prosecuted in criminal court. The percentage may be slightly higher in civil court, because the lower standard of proof – a preponderance of the evidence instead of beyond a reasonable doubt – makes these cases easier to prove.

It is more likely than not that the owner of a vehicle was also the driver, so an attorney only needs to track down the vehicle owner to establish liability by a preponderance of the evidence. In criminal court, there must be direct or circumstantial evidence that the defendant was behind the wheel at the time of the crash.

To gather this type of evidence, an attorney often partners with a private investigator, to follow up on leads like:

First responders may not undertake these responsibilities, because their job is to tend to injured victims and not build a plaintiff’s negligence case.

Illinois is a tort state, which means that all victims, regardless of the type of injuries, are eligible for:

Punitive damages, which are designed to punish the tortfeasor and deter future wrongdoing, are also available in some cases, particularly hit-and-run cases. To obtain exemplary damages, a plaintiff must present clear and convincing evidence that the tortfeasor acted “with a reckless and outrageous indifference to a highly unreasonable risk of harm.” Punitive damages may be capped at three times the amount of economic damages.

Hit-and-run victims in Illinois are nearly always entitled to significant compensation. For a free consultation with an experienced personal injury attorney in Schaumburg, contact our law firm. We do not charge upfront legal fees in personal injury cases.