COURTS MAKE IT HARDER FOR INJURED WORKERS TO OBTAIN BENEFITS

Courts Make It Harder For Injured Workers To Obtain Benefits 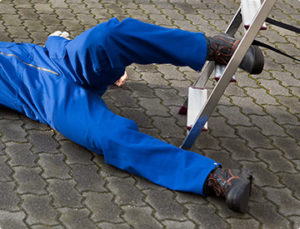 A pair of recent decisions sharply limited workers’ compensation claims in Illinois, underscoring the need for an aggressive attorney in these matters.

In Weaver v. Illinois Workers’ Compensation Commission, the Court of Appeals strictly interpreted time deadlines to deny another injured worker’s claim. The Commission threw out a petition to modify an existing judgment, even though that judgment was being appealed, because the 30-month statute of limitations had expired, and the Court of Appeals affirmed that dismissal.

In another case, Buxton v. McLean County School Unit 5, a school bus driver filed a workers’ compensation claim after she slipped and fell on an icy surface while exiting a parking lot. The Commission awarded benefits because the fall occurred on company property and the driver testified that she “turned around quickly” to retrieve her forgotten logbook. The Court of Appeals reversed that decision, noting that the woman’s injuries may have occurred due to a previous fall and that there was no defect on the employer’s premises.

In order to claim benefits for lost wages, medical bills, physical therapy, and other economic losses, injured works must notify their employers within 45 days of their injuries. Many times, an employer will promise to pay medical bills under the table if the victim does not file a workers’ compensation claim. If the employer later reneges on that promise, which is often the case, the injured worker has normally lost the ability to file a claim.

In terms of lost wages, workers’ compensation generally pays two-thirds of an employee’s average weekly wage (AWW). Workers who are able to return to their jobs, but are limited to light duty while they recover, are entitled to two-thirds of the difference between their old and new positions. It is important to count all compensation, including bonuses and non-cash compensation, to maximize benefits.

Emergency care, follow-up medical care, medical devices, and prescription drugs are all reimbursable if the expenses are medically necessary.

The victim in the Buxton case may be able to sue in civil court to obtain compensation for both economic and non-economic damages. One of the big differences is that, in civil court, the injured victim must prove negligence. Workers’ compensation benefits come from no-fault insurance, which the employer is usually legally required to carry.

Victims are able to sue outside workers’ compensation for job-related injuries in several situations, including:

Bystanders and other non-employees may also be able to sue in civil court for injuries sustained at a construction site or other job site.

At our firm, we help injured workers and their families get the benefits they deserve. Contact our Schaumburg office today for a free consultation. We are among the top-rated attorneys by Avvo, Facebook, and Google Plus.